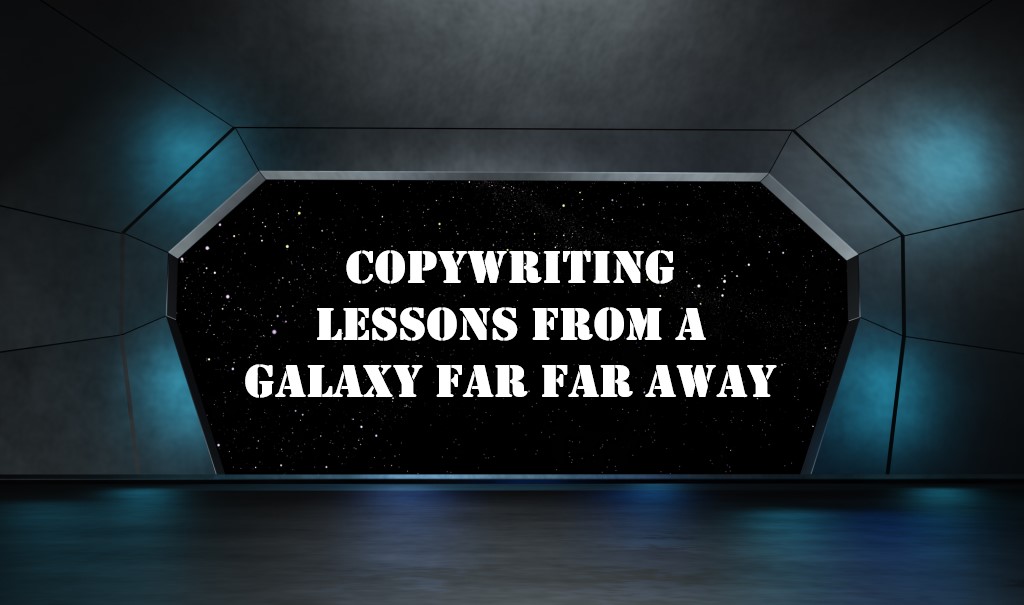 Over the years I’ve probably seen George Lucas’s first three classics from the late 70’s and early 80’s at least one hundred times each.

In fact, the 1980’s Empire Strikes Back was the first movie I actually saw live in the theater.  I was obsessed with unforgettable characters like Yoda, Chewbacca, Han Solo, C-3PO, and his fellow droid R2D2.

Even my bedroom was like a shrine to the movie set “A Long Time Ago, In A Galaxy Far Far Away” with my bed sheets, pillow and comforter all Star Wars themed and several posters on the walls.

Then of course there were the toys. Oh, the glorious toys.  I had ALL of the action figures and many of the ships and playsets.

Although there was one that eluded me.  I’m talking about the fantastic Millennial Falcon which was Han Solo’s rag tad ship that helped save the day on more than one occasion.

It was expensive I guess and must have been more difficult to find than some of the other ships as it’s the one I never received for Christmas or birthdays. (even though my cousin Alan had one… grrrr).

Apparently over the years I must have mentioned to my wife a thousand times how much I REALLY wanted that darn toy.  So much that she surprised me for my 43rd birthday with a near-mint condition Millennial Falcon from 1978 (along with a bunch of the action figures to go with it). 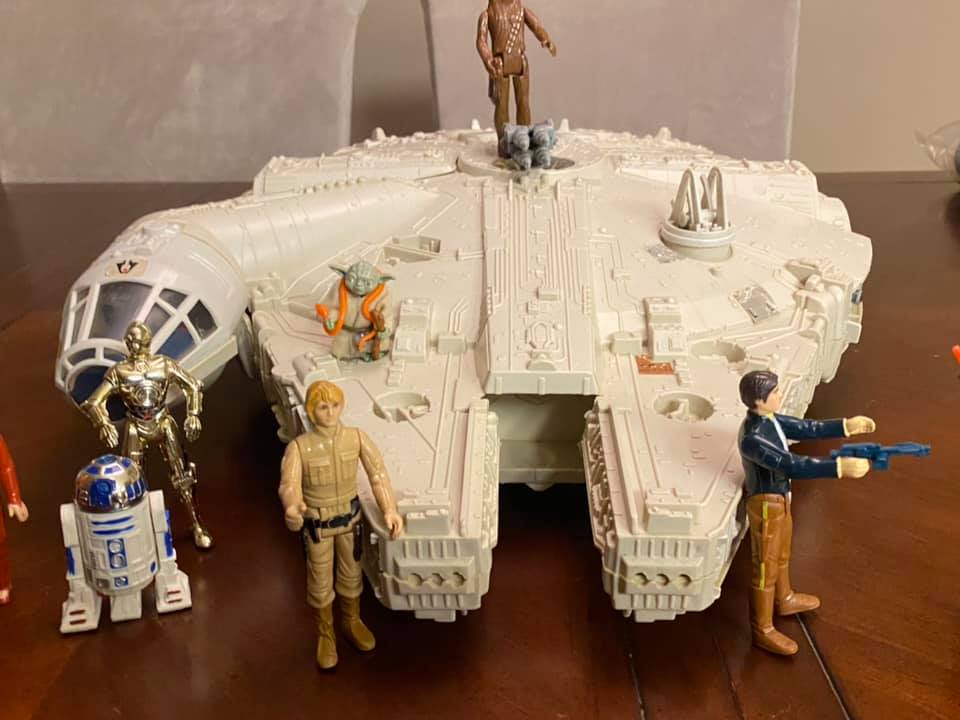 Yes. A middle-aged somewhat normal man was OVER THE MOON thrilled with my new toys. They are now prominently displayed in my mancave/office along with my GINORMOUS collection of copywriting, advertising, and marketing books and courses. (Plus all of my KISS stuff – will save those details for a future article).

All right, all right, I know you came here to learn something, so here are…

3 Copywriting Lessons We Can Learn From Star Wars

When Luke Skywalker is saved by Obi-Wan from the Sand People in Episode 4 – A New Hope he has no idea the adventure he about to embark on.

He also doesn’t realize the WORK he’s going to have to put in to eventually become a Jedi Knight.  When he’s training with Yoda he is put through the paces despite his natural-born connection with The Force.

Mostly, Yoda has to teach Luke the importance of PATIENCE, PRACTICE and PERSEVERANCE.

This would be the EXACT advice I would give to anyone who wants to become a master copywriter.

Yep, sorry to burst any bubbles here.  It takes A LOT of all three of these critical success ingredients to become even a “reasonably” good copywriter. To be become a MASTER – we’re talking about YEARS and YEARS of the same along with much real world trial and error experience.

The good news though? It’s worth it!!!

Just using myself as an example, even though Luke had a natural ability to use the force I believe I was born with some of the necessary skills to be a successful salesperson and copywriter.  But that didn’t mean it came easy.  When I first fell in love with this thing called copywriting and decided I wanted to master this craft I dove into it with everything I had.

I’m talking about spending thousands of dollars on books, home study courses and in-person training.  But more important than any amount of money I spent were the hundreds upon hundreds of hours of studying classic advertising and even hand writing them over and over again. Why? To burn the psychology of great copywriting deep into my subconscious mind.

Tedious? YES! But man did it ever work.  I’m sorry but no “swipe files”, templates or AI software can compare to actually learning how to sell almost anything with nothing but the power of your words.

Ah, I must admit that my favorite of all of the memorable Star Wars characters is the villain Darth Vader. I mean, he’s not just the coolest looking dude in the Galaxy but he has the most badass theme music and the best one-liners.

The dark lord of the Sith also proves to be a MASTER of emotional manipulation.  And that’s also the #1 tool of a great copywriter – being able to push the emotional hot buttons of a prospect in order to get them to take your desired action.

Three of the most effective emotions that can influence someone to act are FEAR, GUILT, EMPATHY, and GREED.

Darth Vader uses all three of these emotions in his diabolical endeavors.

First by displaying his ruthless aggression in attacking the diplomatic ship carrying Princess Leia he instills FEAR in all who encounter him as he tried to locate the stolen Death Star blueprints.

Then by capturing Han Solo, Princess Leia and Chewbacca in Cloud City (after being betrayed by Lando Calrissian) he uses GUILT and EMPATHY to make Luke Skywalker abandon his Jedi training to try to save his friends.  He knows that Luke won’t stand by and allow them to be killed for his sake as he would never be able to live with himself or deal with the pain they experienced.

Finally, Vader uses the emotion of GREED multiple times to try to get Luke to join the “Dark Side” of the force by promising him they would destroy the Emperor and rule the galaxy together as father and son.

He basically promises the proverbial keys to the kingdom to Luke if he would only betray all that is important to him just as he had once done.  Of course Vader failed in his attempt but I can’t help but think Luke had many sleepless nights thinking about what might be if he had accepted his father’s VERY TEMPTING offer.

There’s a great scene in Episode 4 – A New Hope where Obi Wan Kenobi uses a “Jedi Mind Trick” to throw the Stormtroopers off the scent of the droids they are looking for.  Basically, it’s almost like hypnotizing someone to believe whatever you are telling them.

How it happens in the move is that Obi Wan, Luke along with the droids in question C3PO and R2D2 are in Luke’s speeder when they are stopped at an Empire check point. Then the Storm Trooper asks to see Luke’s identification; Obi Wan looks into his eyes and says…

“You don’t need to see his identification, these aren’t the droids you’re looking for.”  And then “Move Along”.

The Storm Trooper repeats what he’s been told and allows them to pass as Obi Wan says… “The Force can have a strong influence on the weak minded”.

Now, I’m not saying your customers are weak-minded at all but you can definitely learn from Obi Wan’s techniques when it comes to persuading your prospects to take the action you desire them to.  Honestly, people like to be told what to do.  They might deny it, but for the most part we are all looking for some sort of direction in our lives.

Once you’ve established your authority in your copy and demonstrated how your produce or service will be of benefit to your target audience it can be as simple as telling them what to do next. In other words, give them a clear instructions to buy, opt into your email list or schedule an appointment.

Like Obi Wan, if you state something with confidence and in a clear, concise way and use a STRONG call to action you may be amazed that you too have real Jedi powers. 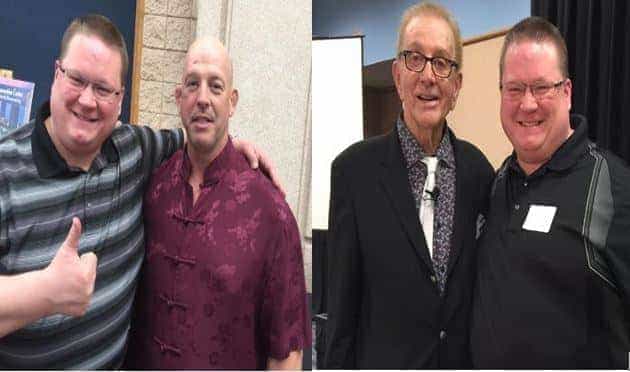 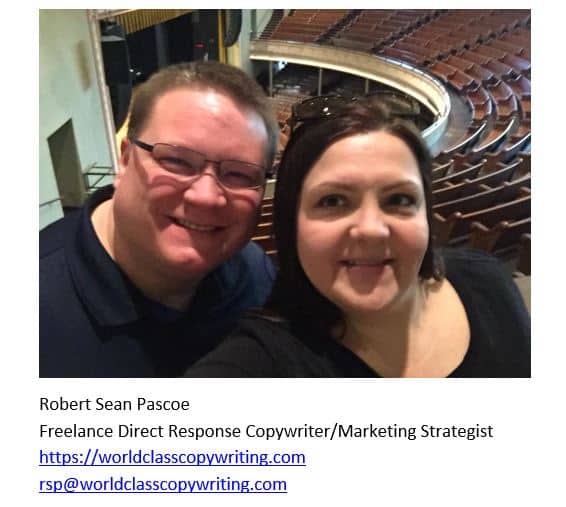